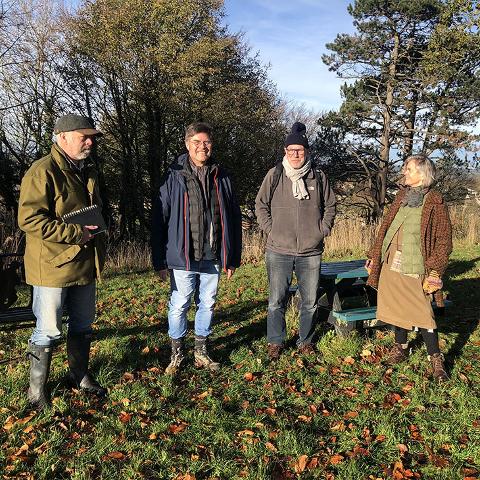 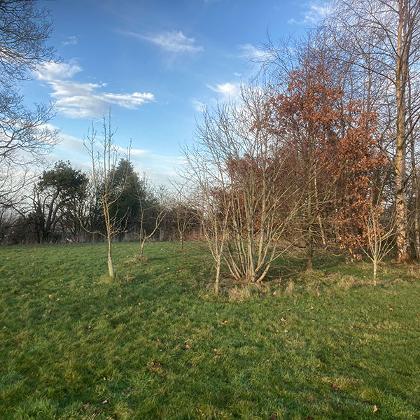 Brampton Parish Council own a recreation ground, situated halfway up Gelt Road, sometimes known as ‘Tom’s Meadow. At present it consists of a large area of tended grassland, and a mixture of mature trees and newly planted shrubs. It looks out over the Clay Dubbs allotments to the south. As such, it already has a high level of amenity, used by dog-walkers and those wishing to enjoy the views towards the West, including the Lake District.

Brampton 2 Zero have approached the Parish Council asking permission to engage with the public regarding the possibility of enhancing this area to encompass a community orchard, run and managed by local volunteers, and overseen by a Community Woodlands Manager.

If we receive a generally favourable response to the idea, we would want to work alongside the public and Community Orchard Advisor, Mark Shipperlee of Green Man Enterprises. This next phase would require planning an area to initially incorporate 50 fruit trees with the possibility of increasing the number to several hundred. Mown paths would be maintained by the PC’s contractor to former a mini nature trail, together with stop stations giving information about the orchard and local wildlife.

The trees would be harvested of fruit (once mature enough), which could be enjoyed by the community and even further afield. This will bring the community together as a group of volunteers and families, particularly at key times of the year such as harvesting.

In the longer term, access could be improved for the disabled and a safer pathway perhaps landscaped into the northern bank leading to the housing estate.

At present, these are all broad brushstrokes very much dependent on local community approval and involvement.

Get involved with our community net carbon zero projects!